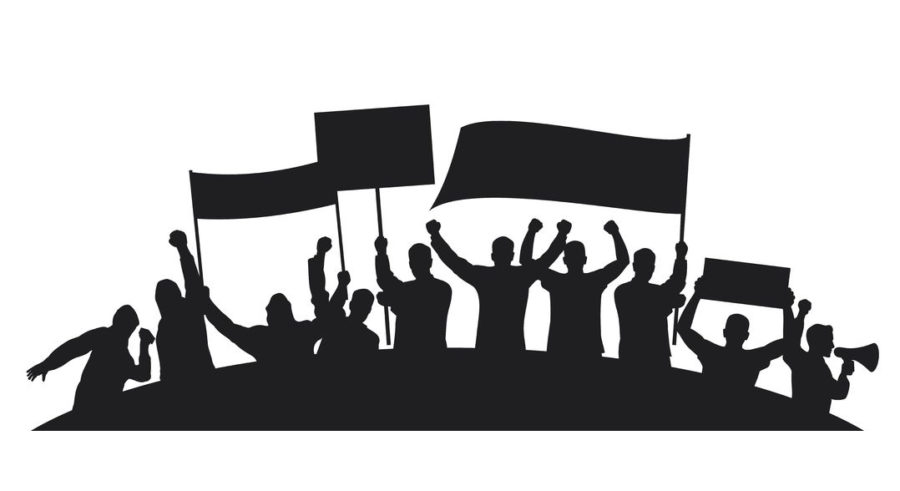 Gun Violence: How Parkland Has Affected the Nation

Across the United States, people of all ages are standing up against gun violence. From nationwide walkouts to pressuring congressmen to holding protests, rallies and marches, students have been making themselves heard.

It all started with the mass shooting in Parkland, Fla., on Feb. 14, when many survivors, family, and community members of Marjory Stoneman Douglas High School students reacted to the massacre that killed 17 people and wounded 17 others. Students such as Emma Gonzalez spoke out about the way guns are being handled in regard to children and teens in our country. “Not today. Never again!” she exclaimed, stating that Parkland would be different because it would be the last mass school shooting.

Two days after the shooting, President Trump met with some students, families, and other community members affected by the tragedy. Andrew Pollack, whose 17-year-old daughter Meadow was killed, said, “We’re here because my daughter has no voice — she was murdered last week, and she was taken from us, shot nine times. How many schools? How many children have to get shot? It stops here, with this administration and me, because I’m not going to sleep until its fixed.”

But what made this different from the other mass shootings across the country? Why has this protest had such a powerful impact?

Some people claim it’s the proximity and age of the victims. Unlike Las Vegas, the people affected by the Parkland shooting were all part of one close-knit community, making it easier for them to make a stand as a whole.

Others claim it was the political relevance today, with gun control being such a controversy due to President Trump’s repeal of various restrictions, for example how he rolled back the Obama-era law preventing severely mentally ill people from having access to guns. MTrump repealed this law in February 2017, but promptly after the Parkland massacre he tweeted, “So many signs that Florida shooter was mentally disturbed, even expelled from school for bad and erratic behavior. Neighbors and classmates knew he was a big problem. Must always report such instances to authorities, again and again!”

Another possible explanation is the available technology. With the social platforms that people of all ages have access to in this day and age, it’s far easier to stand up and speak out. When the Columbine and Sandy Hook shootings happened, these platforms weren’t as accessible, and many of them didn’t exist yet.

The age of the victims is also a major factor. The Sandy Hook shooting was at an elementary school, meaning that the victims didn’t have much power or initiative to make a stand. However, the Parkland shooting happened at a high school where the older students are more empowered and aware of their opportunities.

With so many reasons behind the success of this movement, it’s credited primarily to the students involved, not only because of their own activism but because of how they have inspired others to advocate against gun violence. Here in Santa Fe, and at countless other schools across the country, students have begun to speak up. On March 14, elementary, middle, and high school students participated in a nationwide walkout.

However, not all people have reacted positively to the protests. Some right-leaning politicians and citizens believe that the marches, specifically the children involved in them, are “tools in a political game” trying to abolish the Second Amendment. They believe that left-wing liberals and Democrats have been using youth as bait for the government to modify gun laws and erode their rights to bear arms. The students involved staunchly maintain that this is not so.

According to David Farber, a history professor at the University of Kansas, this is the largest student-led protest our country has ever seen, due primarily to its presence on social media. With tags such as #EnoughIsEnough and #TodayIsTheDay, the gun violence initiative is taking the world by storm.

On March 24, here in Santa Fe and in hundreds of other cities across the country, marches were held in protest of gun laws and the way they’re dealt with in the United States. Hundreds of thousands of people are standing up for what they believe in, and making themselves heard.