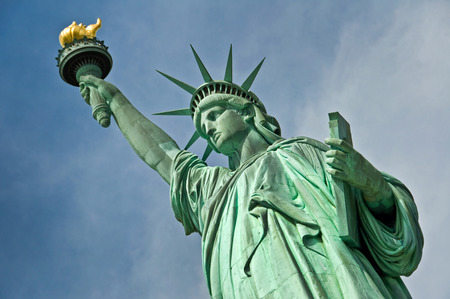 “Protecting the Nation from Foreign Terrorist Entry Into the United States” is the name of the executive order President Trump issued on March 6. Since the initial release of the order, which is considered a revision of the one he signed in January, popularly called the “travel ban,” several changes have been made after the various legal battles the original version faced.

According to the “New York Times,” most of the legal challenges targeted the constitutionality of the ban, citing the Establishment Clause within the First Amendment that prohibits the government from establishing a national religion. Various courts and federal judges asserted that the ban violated that amendment in light of the seven countries initially targeted: Iran, Syria, Yemen, Sudan, Somalia, Libya, and Iraq, all predominantly Muslim countries. (Iraq was recently removed from the revised order because of the country’s “role in fighting the Islamic State,” though people seeking admission from Iraq will still be subjected to scrutiny.)

Moreover, in the original ban, President Trump states, “Numerous foreign-born individuals have been convicted or implicated in terrorism-related crimes since September 11, 2001, including foreign nationals who entered the United States after receiving visitor, student, or employment visas, or who entered through the United States refugee resettlement program.”

Not only has the Department of Homeland Security proved this statement to be false, but as the order continues, Trump also says that Homeland Security would “prioritize refugee claims made by individuals on the basis of religious-based persecution, provided that the religion of the individual is a minority religion in the individual’s country of nationality.” This means that in these Muslim-majority countries, only those with religions considered “minorities” would get priority when considering refugee status, favoring Christians. Federal courts and judges found this preferential treatment toward certain religions and against what one would assume are Muslims as a violation of the Establishment Clause.

The ban was also challenged in court under the non-discrimination statute that lies within immigration law, according to the “New York Times.”

But wait! The ban included those countries to protect the Unites States from terrorists, according to those in favor of it. And indeed, they are correct in claiming that those countries have been hotbeds of terrorism, but is that grounds for banning them? And does that make them dangerous?

According to the “New York Times,” ISIS (or ISIL) has declared “provinces” in Afghanistan, Pakistan, Yemen, Saudi Arabia, Nigeria, Algeria, Egypt, Iraq, Syria and Libya. But only three of these ten countries are included in the ban. Why?

Many, including the “Washington Post,” point to Trump’s business ties with countries such as Saudi Arabia and Egypt as the explanation. Also, the most recent counts done by the “New York Times” on attacks directed and inspired by ISIS found that the majority of these attacks are taking place in the Middle East and in ISIS-occupied countries.

In fact, only six “major attacks” inspired by ISIS have actually taken place on U.S. soil. The approximately 81 other attacks, from 2014 to the present, have taken place in other countries. And most of those attacks were concentrated in regions ISIS has claimed.

Most immigrants leaving these areas are escaping such violence, as well as economic struggles, education limitations, government instability and many other issues. Not only that, but according to the “Washington Post,” these countries are not just victims of terrorism themselves, but are also predominately Muslim.

But as of February 9, the 9th Circuit Court ruled that the travel/immigration ban should not be reinstated. The court’s official documents pointed out that Trump’s administration has “no evidence that any alien from any of the countries named in the Order has perpetrated a terrorist attack in the United States.”

The court also reflected upon the ban’s gravitation toward Muslim immigrants and the effect the ban would have on institutions such as universities, which often receive immigrant students and faculty.

Since then, the ban has been revised and, according to the official document, the following changes will go into effect on March 16:

In addition, now that the order has been revised, the court cases regarding the original order are moot, meaning that the blocks that have been made against the ban no longer apply.

Since the initiation of the ban, the immigration and refugee situation has been placed on the shoulders of other countries, including Germany, which has already been receiving a large number of Syrian refugees. Canada has also offered residency to those affected by Trump’s ban, according to the “Guardian.”

As the new ban proceeds and federal courts and judges continue to question the ban’s legality and purpose, protests sweep through the country. Citizens stand outside of airports carrying signs that read “All Are Welcome.”

Others have created art and social media posts with the Statue of Liberty’s inscription: “Give me your tired, your poor, your huddled masses yearning to breathe free, the wretched refuse of your teeming shore. Send these, the homeless, tempest-tossed to me, I lift my lamp beside the golden door!”