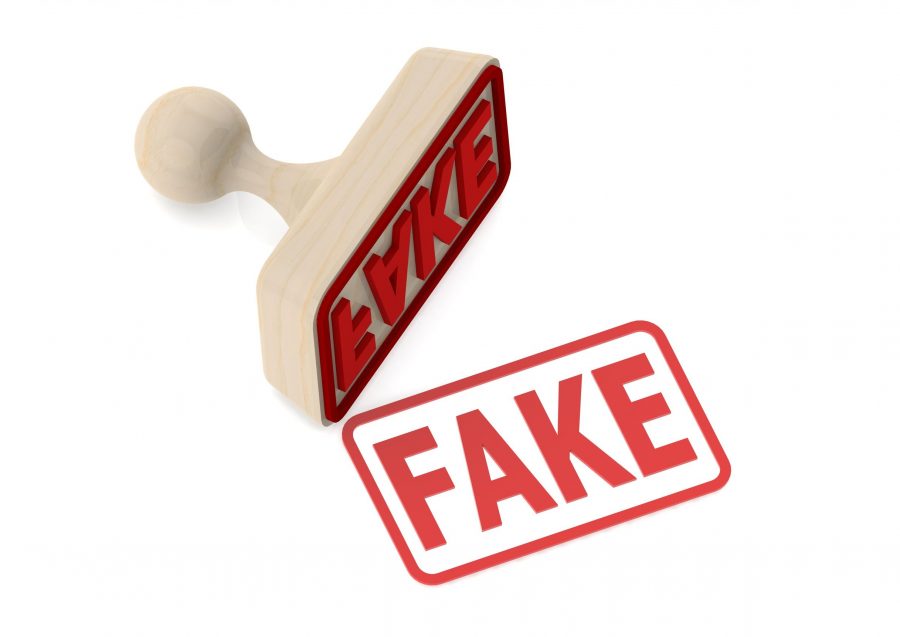 What’s the News on “Fake News”? 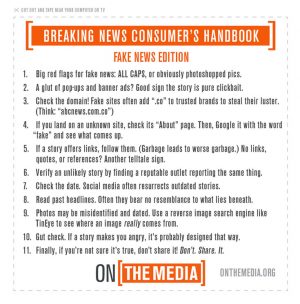 What do all of these have in common? They were all published as news and political articles, spread through social media, and most importantly, they are all untrue.

After the 2016 election, many people were shocked and confused when Donald Trump was named our new president-elect. Everyone searched for answers to help explain the surprising elections results, and while some signs pointed to incorrect polls and an out-of-touch Democratic party, another factor quickly came into play: fake news.

While it is unclear when fake news first took off, it wasn’t until recently that light was actually shed on the fictional articles, possibly because of their role in the recent election.

According to an analysis by Buzzfeed News, fake news outperformed real stories on social media, especially on Facebook, receiving more likes, shares, and comments. This study also found that top-performing fake election news stories on Facebook generated more engagement than the top stories from major news outlets such as the “New York Times,” “Washington Post,” “Huffington Post,” NBC News, and others. And according to the Pew Research Center, approximately 62 percent of Americans rely on social media for their news. As the election drew closer, the popularity of fake news grew even more, and out of the 20 most popular fake-news articles, 17 were pro-Trump or anti- Hillary.

However, some argue that such fake news stories had no sway in the election. Facebook’s CEO Mark Zuckerberg found the notion “crazy” but vowed to make it easier to report and block fake news. According to the “Wall Street Journal,” other companies have followed suit, including Google, by disabling fake news sites from using their advertising system.

But who is making these fictional articles, and why? According to BBC News, the small Macedonian city of Veles is one of the top producers of fake news, and most of the people behind these fictional articles are under 18. These teens get paid for the likes and shares their sites and stories receive. One “writer” told the BBC, “Teenagers in our city don’t care how Americans vote. They are only satisfied that they make money and can buy expensive clothes and drinks!”

These stories are created, shared, and published on homemade websites that specifically target Americans, and one of the hottest topics these stories discuss is politics. However, as attention on the election slowly decreases, other news outlets such as “Science News” worry that medical and science news will be next in this influx of fake news. According to “Science News,” everyone is susceptible to fake news because our brains are naturally hardwired to accept information that is repeatedly shown.

Fake news has already spread to other genres of news and issues, one being the controversy over marijuana. Food stamps were designed so that only designated items can be bought with them, and like alcohol, marijuana is not one of the items that can be bought through supplemental nutrition programs. However, according to NPR, when a fake article was posted to the fake news site “Denver Guardian,” claiming that food-stamp recipients were buying pot with their benefit cards, many people took the bait. Taxpayers protested against the public “funding” of pot, and marijuana shops and retailers were put under scrutiny by local politicians until the article was proven to be a hoax.

Others have also fallen for such articles, including Donald Trump himself, his son, and his campaign manager, according to ABC News. And according to the “Washington Post,” people with conservative values are more likely to believe fake news than liberals, which is why those producing it often target them more. “We’ve tried to do [fake news with] liberals. It just has never worked, it never takes off,” a fake-news creator told an NPR reporter.

While fake news tends to target conservatives, it is still an epidemic for all. The increase in fake news has also created an increase in American distrust of news and media, and has caused major news outlets, especially those in print, to lose their audience and therefore lose money. Newspapers are already a dying breed, and fictional stories have done much to further this. In these troubling times that cause us to question others’ honesty, readers must pursue quality journalism and investigate the information they receive.

Here’s a site that can help you detect fake news: http://www.wnyc.org/story/breaking-news-consumer-handbook-fake-news-edition/