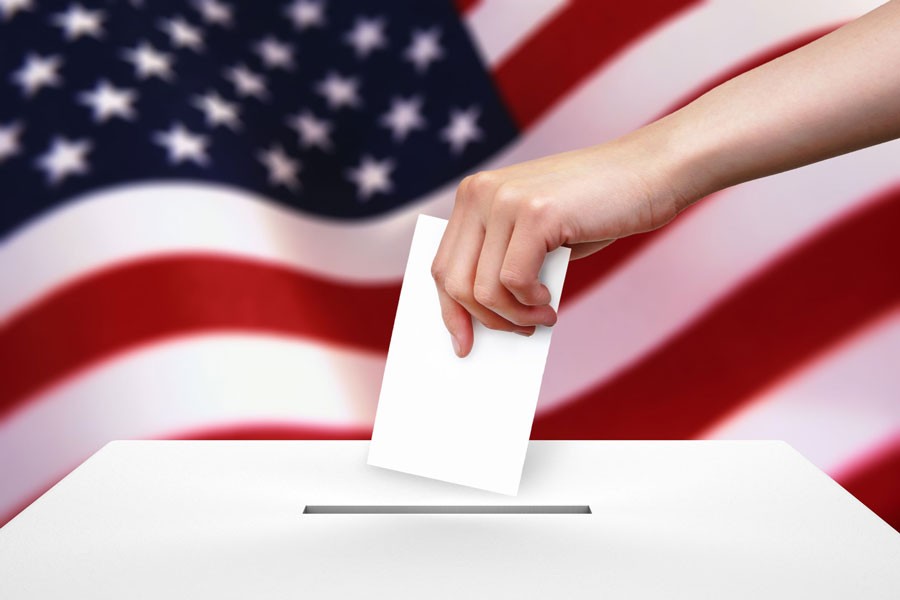 Why Should I Vote?

“If you are bored and disgusted by politics and don’t bother to vote, you are in effect voting for the entrenched Establishments of the two major parties, who please, rest assured, are not dumb, and who are keenly aware that it is in their interests to keep you disgusted and bored and cynical and to give you every possible reason to stay at home doing one-hitters and watching MTV on primary day. By all means stay home if you want, but don’t bullsh** yourself that you’re not voting. In reality, there is no such thing as not voting: you either vote by voting, or you vote by staying home and tacitly doubling the value of some diehard’s vote.”

This philosophy on voting and its importance, by the late author David Foster Wallace, is rather applicable to this year’s election and the fervor it is creating in the hearts of Americans and a majority of the world.

However, according to the American Presidency Project, the average turnout for voters in presidential elections still remains at a high of approximately 60 percent. This was not the case when voting first became possible for a majority of Americans, especially in later years when women and people of color were enfranchised. At these times, voting turnout was as high as 70 or 80 percent.

And while there is constant talk of “civic duties” and “every vote counts,” many Americans today choose not to vote. Why?

According to the Census Bureau, one of the most popular reasons for low voter turnout is that Americans claim to be “too busy.” This response outnumbered “dislike of the candidates/issues” and other possible response options.

To combat this, a number of states have begun to make voting and registering to vote more available. For example, The New Mexico Secretary of State now offers online registration to voters.

New developments in New Mexico will now allow 17-year-olds who will turn 18 by the primary to register to vote in the 2016 presidential election.

And now begins the discussion about teen voters.

Why is it that a 16- or 17-year-old can pay employment taxes, make life-changing college choices, enter into debt, drive a vehicle, get married, and be enlisted in the military (at 17 with parental consent) but still can’t vote for their next president?

According to the National Youth Rights Association, approximately 80 percent of high school teens have a job and teens nationwide pay over $9.7 billion in sales taxes alone. According to the Daily Beast, this could very well be considered taxation without representation.

Teens also live under the laws and regulations of the United States with little to no say in exactly what those regulations are. Why?

One could argue that teens are simply not mature enough to vote or that they don’t understand politics. However, according to The Guardian on Sept. 18, 2014, during the Scottish independence election, 16- and 17- year olds were allowed to vote. During this election, teen voters didn’t simply add to the vote; they ensured it with a margin of 49 to 51 percent. This reinforced the results, which voted against Scottish independence, at a margin of 45 to 55 percent.

The outcomes of this election showed that, according to New Mexico Mercury, the teens who did vote were just as informed and serious about the election and there was no evidence that they were more susceptible to political manipulations than older voters. Because of these poll findings, advocates in other countries, including Britain, are pushing to allow teenagers to vote.

But why is it important that teens vote?

Politicians shape their campaigns around the needs and views of the people voting for them. And yet, the needs and values of 16- and 17-year-olds are not included in this. By the time a teen turns the eligible voting age, they are no longer part of the teen demographic. Their values thus shift from those of a teen to those of an adult.

According to NYRA, lowering the voting age will not only increase voter turnout overall, but it will also add a unique perspective to the voting demographic.

While little has been done to embrace teen-age voting, one should consider why voting is so important.

Cynicism about voting should not be the deciding factor in whether one votes or not. Instead, a larger turnout of voters means better representation. Voting is a right that was denied to many and fought for. If one votes, then politicians will focus on the values of the people and communities represent.

So the next time the questions of “does my vote really matter?” or “do I, as a teen, have a place in politics?” come up, remember that voting is the opportunity to share one’s voice. Without diverse demographics, democracy becomes something it shouldn’t —unrepresentative.