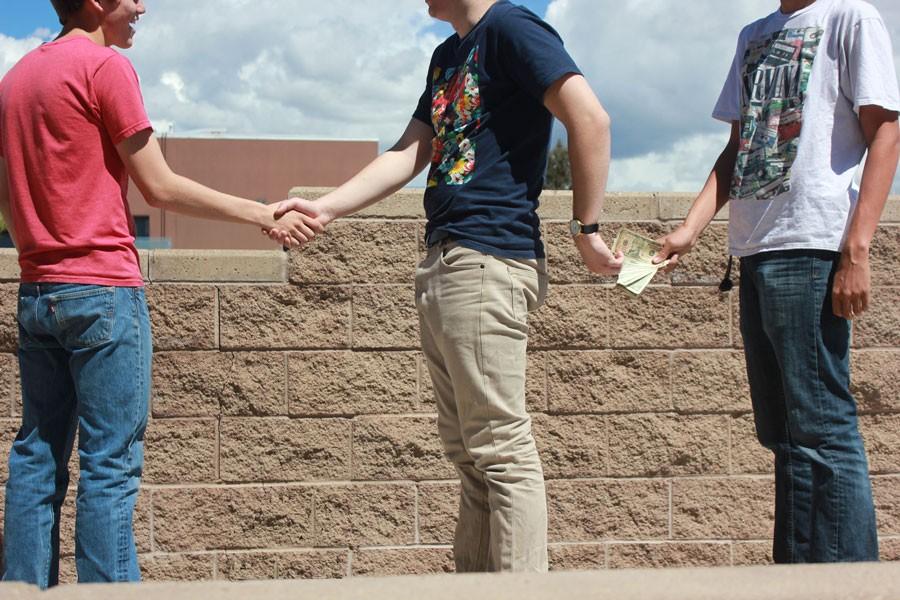 Money and Corruption in American Elections

Want to be the president of the United States of America? Well you’re going to need a few billion dollars to do so.

According to the Bloomberg View, it is predicted that $10 billion could be spent by the candidates, parties and outside groups in the 2016 election. In fact, for every election, the amount of money spent increases. If given the nomination, Hillary Clinton could spend almost double the amount Obama spent on his campaign: about $2 billion.

But why is it necessary for candidates to spend this much money on their campaigns? In the simplest terms, “The more a candidate spends on their election campaign, the more likely they are to win,” according to the Investopedia, a financial online magazine.

So where does this money come from?

Not many people have a few billion dollars stashed under their mattresses, but there are several ways for a candidate to be funded. Each of the candidates in the 2016 election has their own way to bring in the dollars. According to the Huffington Post, “Some candidates relied heavily on larger contributions.” This group includes Jeb Bush, Chris Christie and Hillary Clinton. Other candidates “financed their campaigns with vast pools of small donors.” That group includes Bernie Sanders, Ted Cruz and Ben Carson. Donald Trump uses donations but is also funding part of his campaign with his own money.

The amount of money one person can give to a candidate running for a federal office is restricted by campaign finance laws. At this time the maximum amount allowed is $5,400: $2,700 for the primary election and $2,700 for the general election.

But why does it matter where this money comes from? Many people believe that large donations can be used to influence elections in favor of those giving the money. According to letsfreecongress.org, “Less than 1% of Americans contribute 68% of all election funding, these big funders use their influence to lobby for policies and laws that benefit themselves.” In other words, big spending in elections can cause corruption.

But how can this be true if there are laws prohibiting big spending?

That’s where super PACs come in. A super PAC is an independent political action committee that may raise unlimited sums of money from corporations, unions and individuals but is not permitted to contribute to or coordinate directly with parties or candidates.

However, according to CNN, there are also candidate-specific super PACs, which are “created and run by close associates of the candidate that raises unlimited contributions to spend only to support that presidential candidate.

An example of this, according to Salon.com, is former Republican candidate Carly Fiorina’s super PAC, “CARLY for America.” The organization is not “Carly for America” because it is illegal to have the candidate’s name associated with the PAC; “CARLY” is a loophole because it technically stands for “Conservative, Authentic, Responsive Leadership for You.” This super PAC can legally claim that it is not directly associated with the candidate “because they occupy a vast legal gray area in which things like ‘coordination’ and ‘in-kind contributions’ are poorly defined.”

Another example of this kind of loophole abuse is the amount of time it took Jeb Bush to declare he was running for the presidency. He took so long to “decide” so that he could “dodge restrictions on raising funds for and coordinating with his super PAC, Right to Rise,” according to the same article on Salon.com.

It didn’t matter that Jeb, during this period of “deciding,” was hiring staff and developing a policy platform and doing everything a presidential candidate does. Because he hadn’t declared, he wasn’t officially a “candidate,” and there was nothing the Federal Election Commission could do.

According to Salon.com, “Campaign finance laws are loophole-ridden and barely enforceable.” Even though there are laws in place to control the money coming in to candidates, these laws can easily be avoided.

With no regulation and unlimited money pouring into candidates’ pockets from donors with their own agendas, corruption is not far away. What does this mean for the American People? Nothing good.