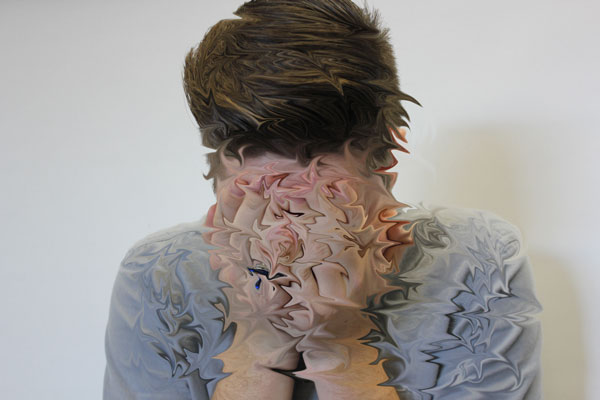 Mental Illness: Then vs. Now

According to National Alliance on Mental Health, approximately one in five adults in the United States—43.7 million, or 18.6 percent—experience mental illness in a given year.

What is this like for high school students who suffer from mental illness?

A recent high school graduate who wished to remain anonymous stated, “I was diagnosed with ADD when I was 21 and I suffered with depression all throughout high school. I always had kids telling me ‘ADD is over diagnosed, and it’s just an excuse.’ I’ve absolutely been treated differently because of the illness — never severely, but it always felt like I was different. But I’ve always been my own harshest critic because of my ADD and depression.”

“There are still attitudes within most societies that view symptoms of psychopathology as threatening and uncomfortable,” writes Graham C. L. Davey in Psychology Today. “These attitudes frequently foster stigma and discrimination towards people with mental health problems. Such reactions are common when people are brave enough to admit they have a mental health problem, and they can often lead on to various forms of exclusion or discrimination – either within social circles or within the workplace.”

This means that mental illness affects us all, whether an individual is mentally ill or not.

Let’s look back at how mental illness has been viewed over the past century.

According to the Office of The Secretary of State for Missouri, “The use of certain treatments for mental illness changed with every medical advance. Although hydrotherapy, Metrazol convulsion, and insulin shock therapy were popular in the 1930s, these methods gave way to psychotherapy in the 1940s. By the 1950s, doctors favored artificial fever therapy and electroshock therapy.”

In the ‘30s and ‘40s, doctors would treat mental illness by attempting to find the cause in the body, not the mind. In the ‘50s, the rise of psychotherapy brought treatment of mental disorders by psychological means rather than medical means. The new inventions of psychoactive drugs led to the decreased practice of inducing seizures and comas with insulin or using shock therapy to “shock” patients into “recovery.”

The DSM, the Diagnostic Statistical Manual for Mental Illnesses, is used by psychologists and psychiatrists around the world as a manual to diagnose and treat mental illnesses. The manual includes information such as what qualifies a child as having ADHD, the warning signs of schizophrenia, and much more.

While it might seem like this 991-page book written for professionals has nothing to do with regular people, on the contrary, it actually shapes how people view others who might be different from them, how people view themselves, and how people are treated by the medical profession.

For example, until 1973, homosexuality was officially classified as a mental illness in the DSM. In the 1960’s and 1970’s, cultural changes and the lack of scientific evidence prompted the American Psychology Association to remove it from the next DSM edition, according to Group for the Advancement of Psychiatry.

While things like homosexuality are being removed from the DSM, the most recent version of the DSM (DSM 5) lists what many regard as common behaviors as legitimate mental illnesses. For example, the APA officially lists Binge Eating Disorder, Caffeine Withdrawal, and Hoarding Disorder as mental disorders. This basically means that if you like to eat a few quarts of ice cream in one sitting, if you absolutely must have your morning coffee, and if you save some old school work for years after the due date, you might have a mental illness.

This trend of making new illnesses and over-diagnosing existing illnesses (such as ADHD) has come to play a large role in the field psychology and what is considered a mental illness.

According to the Centers for Disease Control and Prevention, approximately 11 percent of children 4 to 17 years of age (6.4 million) have been diagnosed with ADHD as of 2011.

For an illness like ADHD, it raises the question of whether or not doctors are prescribing medicine and diagnosing children with ADHD simply because they are normal children who may be a little more hyper and “fidgety” (which is a telltale sign of ADHD, according to the DSM).

A new survey by the National Center for Health Statistics finds that 7.5 percent of children aged 6 to17 are taking some sort of prescription medicine for emotional or behavioral difficulties.

With the rising number of kids and adults being diagnosed and medicated for mental illness in the United States and worldwide, it is evident how psychology and psychiatry have changed to encompass the growing number of people with actual mental disorders that weren’t diagnosed in the past.

In the early days of psychology, mental illnesses were often overlooked and not considered to be the root cause of the issue. Now people seem to blame mental illness for things that the person with the illness cannot control, and the way people look at those with mental illnesses in society has remained largely discriminatory and close-minded.

“The failure to provide treatment and supportive services to people with mental illness—both in the community and in hospitals—has overburdened emergency rooms, crowded state and local jails and left untreated patients to fend for themselves on city streets,” says Patrick Kennedy, a former congressman from Rhode Island who has fought to provide better care for the mentally ill.

People afflicted with mental illnesses ranging from mild depression to schizophrenia are looked at and treated very differently in the society we live in today. Increasingly, society has very little regard to their existence as a real person, even though medical opinions have changed.

According to the same anonymous source, “Growing up with both ADD and depression was really isolating. It is hard to describe because the way you are before you start getting help and meds is all you’ve ever known. And until a year ago I thought everyone was like me.”

Society labels mentally ill people with severe disorders such as schizophrenia as “crazy” and “dangerous,” and attach labels such as “lame,” “anti-social” and “dramatic” to people suffering from depression. The labeling of the mentally ill has progressively gotten worse as time has gone on, according to Psychology Today.

Currently it seems that society has turned its back on the mentally ill, and all the while more people are diagnosed with a mental illness every day. That’s the bad news. The good news is that the mentally ill are not treated as poorly in the medical field and there is much more knowledge about mental illnesses to more properly help those in need.

The mental field, both scientific and theoretical, has changed very much over the past century. However, society and its views have taken an even more negative attitude toward the mentally ill.

“When I started medicating it felt like I didn’t even know myself or the people around me, because being depressed was all I ever knew, and it was the only way they knew me. I think I’ve faced worse stigma since I’ve been diagnosed because people have a predisposed sense of whom you are if you’re medicating for a disease they don’t necessarily understand. But ADD meds and help with my depression has made social and academic life, not only easier, but possible, regardless of the stigma I faced,” says anonymous.