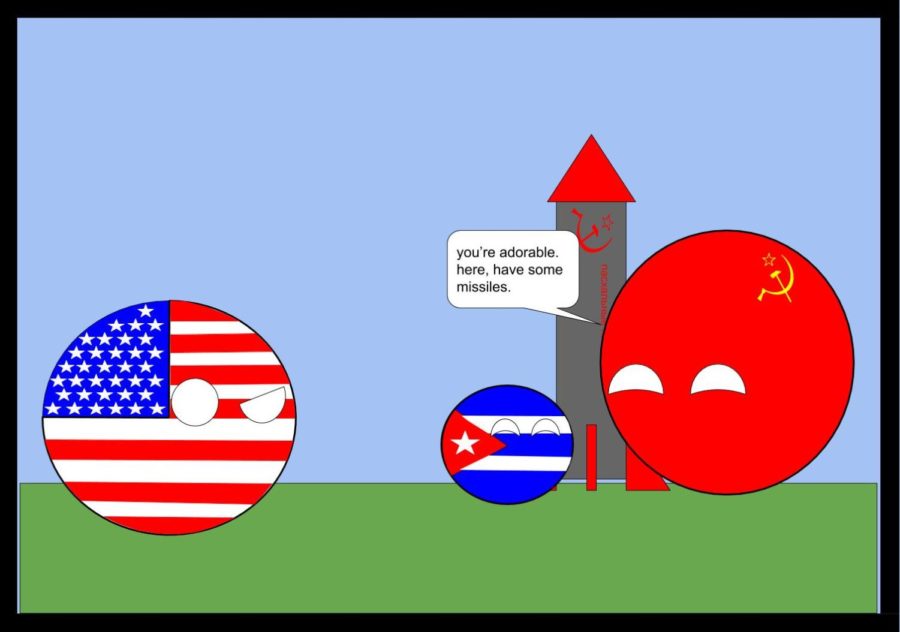 On Oct. 16, 1962, President John F. Kennedy and a handful of officials looked at images taken from a U2 Spy plane. The images were of Soviet nuclear medium-range missiles being set up on Cuban soil. One official claimed that if one were to launch, it would hit Washington in under 20 minutes.

Krushchev, who was the Soviet premier at the time, had told Kennedy that the Soviet build-up of weapons was only for defense purposes against an invasion, but Krushchev had also claimed that missiles would not play a role in this defense.

Not doing anything was an option, but if Kennedy did not act against Soviet aggression, then that could have allowed Krushchev to set up missiles just about anywhere he desired. Plus, it would have been interpreted as a sign of weakness.

Krushchev was aware that his long-range missiles were unreliable and inaccurate. However, he did have reliable medium-range missiles that could hit their target. And Cuba was the most probable choice to set up these missiles because Cuba was a communist state and just 90 miles from Florida. His goal was to threaten the U.S. and request that U.S. missiles be removed from Turkey. Those U.S. missiles in Turkey, Kruschev maintained, threatened the Soviet Union. The Soviet missiles in Cuba were also an added insurance that the U.S. would not invade Cuba.

At the time, Fidel Castro was the leader of Cuba, and much like Kruschev, he ruled with an iron fist. In Havana, Castro met with a Soviet missile expert who offered the missiles as a “defensive against foreign invaders.” At first Castro was unsure of this. He wanted Cuba to be taken as a Soviet ally, not a puppet state like those of eastern Europe. But with the recent Bay of Pigs attack on Cuban soil, he agreed.

In early September, a Soviet timber freighter transported several medium-range missiles and around 40,000 troops to Cuba. By mid-October, the missiles were being set up.

The U.S. now had three options to counter Soviet aggression: 1) They could settle this diplomatically, which had a low chance of working, but no one would get nuked; 2) Set up a naval blockade requiring that any ship going to any part of the Carribean be boarded and searched; and 3) Launch an airstrike against Cuba, followed by an invasion.

Kennedy was in favor of the naval blockade, and therefore U.S. ships took positions around Cuba.