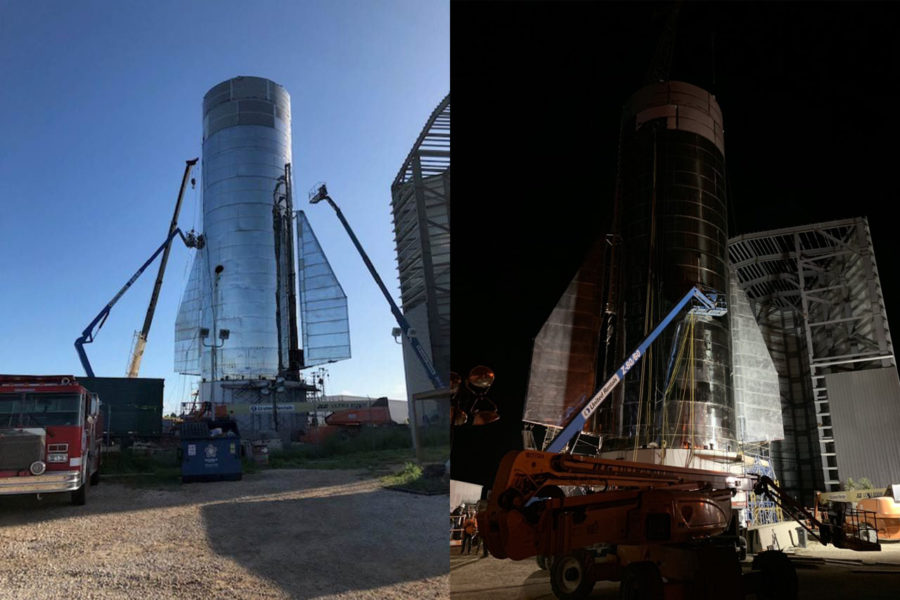 The past year has been another standard for SpaceX’s tireless work, from delivering cargo to the International Space Station to continuing their effort to develop their Starship, the vessel they will use to reach their destination of Mars.

In order to successfully develop such a ship, SpaceX has had to test with a much more simple version of it, the Starhopper, to test flights and landing. Simple in both goal and design, the testing period for the stainless steel cylinder this year ran from April 3 to Aug. 27.

At first, the rocket was only capable of tiny hops, lifting off the ground for a few feet at a time. For its last flight, Starhopper was able to lift close to 500 feet in the air.

After that flight, the Starhopper was retired, but is now being replaced with the Mk. 1 and Mk. 2, announced by Elon Musk on Twitter, on Sept. 23. The Starhopper only consisted of the engine half, which will be called Super Heavy, but Mk. 1/Mk. 2 will include both the engine and the ship, making it possibly stand at around 180 feet tall.

Not only will it be a jump in aesthetics, but a jump in power as well. The first test for the ship, sometime in October, will fly up to 12 miles, and future tests will go even higher than that. It is projected that the vehicle will be tested until next year, and Starship will be ready by 2021 for commercial use.

But how is this progress fairing compared to NASA’s Space Launch System?

The BFR and SLS are currently tied in a quiet race together, and those who compare the two find that the BFR is better in almost every way. Though SpaceX is proving to have a more reliable rocket in mind, NASA has much more backing and support.

The SLS itself has seen a much faster development; just recently the core rocket stage was assembled. Though often seen as lacking when compared to SpaceX’s BFR, NASA already had a key component of their rocket finished by Sept. 19.

It has also been claimed that SLS’ first version will be ready by 2020, a full year before the BFR, though it is still a fight to see which of the two rockets will prove more successful.