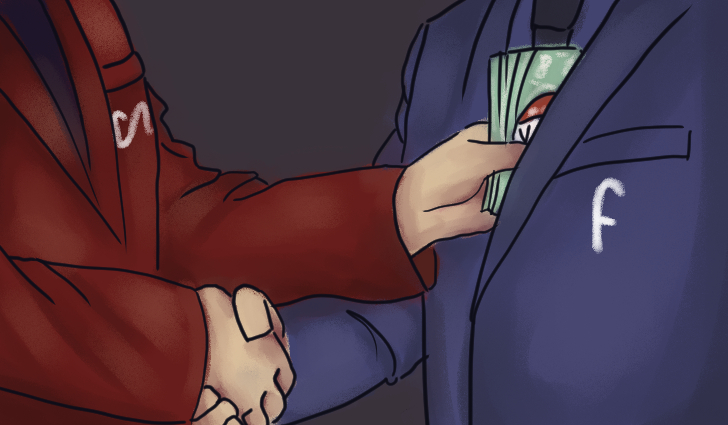 Since the dawn of the Internet, privacy and security has been a serious and constantly pressing matter that has affected people in every action taken online. Whether it is purchasing something or sending something as simple as an email, our data is often made available in ways too obscure or convoluted for our easy understanding. And when this data sharing goes awry, it can have practical and substantial implications.

Before delving into the quagmire that is this specific scandal, one that isn’t a first for Facebook, it is important to understand Facebook’s primary business model: ads.

At their core, advertisements are designed to specifically change a target audience’s behavior. From sales to votes, advertising has a very real power over how people act. And it also has a very real economic influence. This is how Facebook, which markets itself as a “free platform” for its users, has managed to become the behemoth it is today.

While it may be “free” in terms of users not spending literal dollars to use the platform, Facebook does collect data as a form of payment from its users. These date are then sold and distributed to advertisers, who use the information to adjust their business model to more effectively change users’ behavior to drive their own profits.

This is exemplified in the privacy policy of Facebook, which states, “We collect the content and other information … including when you sign up for an account, create or share, and message or communicate with others…. We also collect information about how you use our Services, such as the types of content you view or engage with or the frequency and duration of your activities.” This broad statement means that Facebook collects and sifts through everything on its platform.

But that’s not all. Facebook also has access to data collected from other websites and applications. This is also explained in its privacy policy, where the company states, “We receive information about you and your activities on and off Facebook from third-party partners.”

This is the currency Facebook collects from its users instead of payment: data. Facebook has become so powerful and far-reaching that it has access to a near totality of information regarding the internet usage of all of its worldwide subscribers. This massive collection of data is both highly valuable and highly useful for companies trying to change people’s actions. Once sold, this information can be used for targeted advertisement.

However, it isn’t just about commercials. Politics can also be easily influenced by these targeted advertisements, especially when the user information gathered is so comprehensive.

Cambridge Analytica is a London-based data firm primarily hired to influence elections. By brokering data, the company can effectively change voter behavior, meaning that this group can affect elections across the world by disseminating information that changes the way people think about their politicians. At first, the firm seems to be just another consulting firm making recommendations for slogans and ads. But since the Cambridge Analytica scandal first broke in March, it has been revealed that the company has successfully employed more illicit tactics and that it flagrantly violates the law.

In an undercover interview conducted by the British Channel 4 News, a reporter was sent to meet with the heads of Cambridge Analytica, posing as a potential client. Not only were the standard tactics of ads mentioned, but so were tactics such as bribery and, to quote senior executive Alexander Nix, “send some girls to the candidate’s house…that works very well.” These interactions between politicians and hired “girls” would then be recorded and uploaded as slander against the client’s opposition, which would certainly change voter behavior.

This all fits together with Facebook in that Cambridge Analytica, as well as a plethora of other potential clients, can access data from Facebook for reasons unbeknownst to the user. Signing up for Facebook puts user data in the hands of whoever Facebook chooses to sell it to — not whoever the user allows.

This is where the 2016 U.S. presidential election comes into play. With the information provided by Facebook, Cambridge Analytica was able to effectively influence U.S. voter behavior by disseminating false information that was algorithmically determined to work.

However, this situation is by no means a first for Facebook. The company has been brought to court, and has lost, for similar reasons as those it is currently experiencing.

In Ireland, in January, privacy advocate Max Schrems won the right to take on Facebook in a lawsuit to be governed in Austria, claiming that Facebook violates European privacy laws. Specifically, the court stated, “Mr. Schrems may bring an individual action in Austria against Facebook Ireland.” This lawsuit has gone back and forth between victories and losses for Schrems, but it has nonetheless remained pertinent since its original filling four years ago.

All together, this is representative of the ever-present issue of privacy presented by corporations such as Facebook. While it may be free for its users, it is important to understand that knowledge isn’t just power, it’s currency.