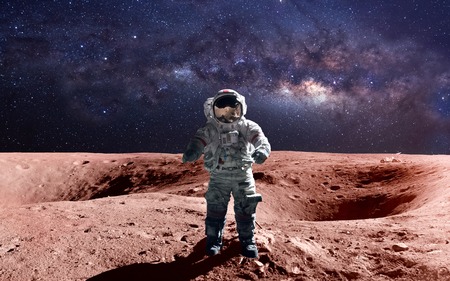 Working at NASA is something many people strive to do in their lives. These jobs are highly competitive, but once one finally has a position at the space research facility, it’s usually regarded as worth the trouble. Now there’s a new job at NASA, one with both an interesting title and a worthwhile salary: Planetary Protection Officer.

This title makes one think of defending Earth from hostile aliens, which is both true and false. According to the NASA website, while the PPO will take measures to prevent hostile forms from coming to Earth, it’s not the horrifying, malicious aliens with intent to kill that are the target, but harmful alien microbes. Planetary Protection Officers will make sure that shuttles coming to and from Earth are completely clean, with no organisms attached to them.

Not only is the PPO meant to protect Earth from otherworldly beings, but he or she must also protect these worlds from Earth. As stated on the NASA website, the first objective of the PPO is “preserving our ability to study other worlds as they exist in their natural states.” So the other half of the PPO’s job is making sure our ships do not contaminate the worlds that our shuttles travel to as to not harm or tarnish these alien environments.

Although this job sounds rather intriguing, the likelihood of obtaining it is low. According to the site USA Jobs, “Candidates must possess broad engineering expertise at least 1-year of which is in positions at or comparable to the GS-15 level. [They] must be a recognized subject matter expert [and] possess. . . advanced knowledge of Planetary Protection, its requirements and mission categories.”

According to “Business Insider,” a PPO must have “Demonstrated experience planning, executing, or overseeing elements of space programs of national significance,” which means a reasonable and fast-thinking person would find this job easier than a person who doesn’t do too well under stress.

Clearly, not just anyone can do this job, as the requirements are high. But for those who are qualified, the salary ranges from $124,406 to $187,000 a year, plus benefits.

“It’s an important job in order to keep the earth safe from possible catastrophe,” said SFHS science teacher Mr. Graham. He believes it’s almost certain that if a life form were to come from a planet such as Mars or Venus, it would have some form of negative impact on us, that it would be similar to when the Spaniards and colonists traveled to the Americas and spread typhus and smallpox.

In the future, it is likely that more and more jobs at NASA or other space-related companies will be available, getting more people involved in the future of space research and exploration.

Many people support the research of space, believing that space is indeed our future. In a 2011 survey, 58 percent of Americans said it is essential that the United States be a world leader in space exploration, according to the Pew Research website.