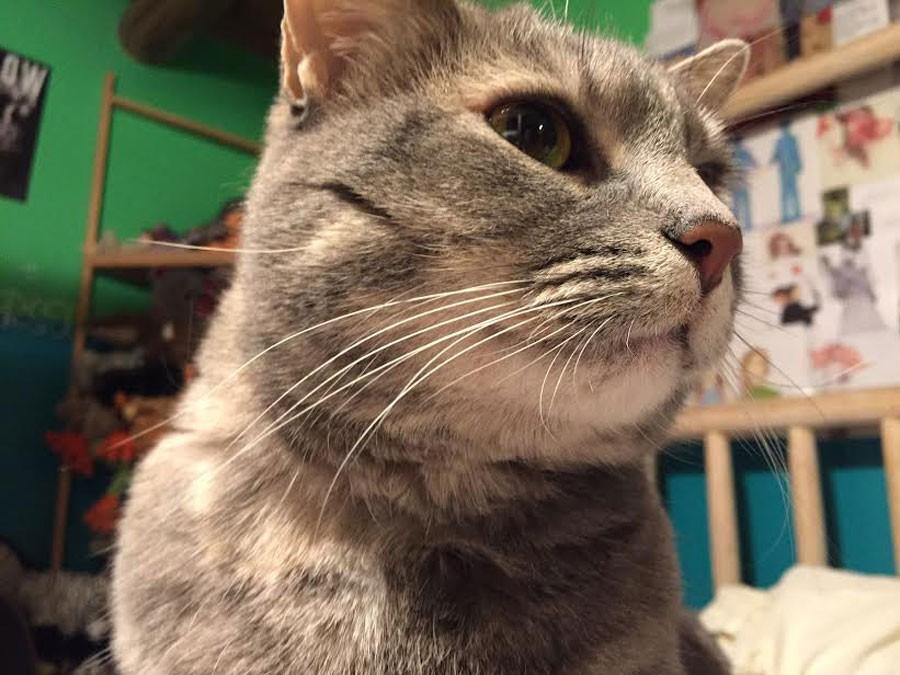 They spend numerous hours sleeping in odd places around our homes. They knock over crap and stare us down while it falls. They whine and howl by doors when they want to go out or in.

No, I’m not talking about your younger sibling.

Cats. We all know and love them—for the most part.

But what exactly is our relationship with our feline companions? How smart are they really? Are they really plotting to kill us in our sleep?

According to the New Yorker, our relationship with cats has actually been a relatively short one.

The first signs of cat domesticity sprouted in Egypt and Asia some 4,000 years ago. This, compared to our some 30,000 years of companionship with dogs, shows why there are such a vast number of dog breeds. Unlike dogs, cats have very few breeds. This is largely because they have not been bred to perform jobs, such as hunting specific animals, or developed to hone certain abilities, such as speed or sense of smell, like dogs have.

National Geographic has found that feline social skills are very different from their canine counterparts. While wild wolves form packs, the majority of wildcats live separately from other wildcats and don’t hold close relations with their offspring or their offspring’s parents.

According to cat DNA studies done at Washington University in St. Louis, the lack of selective breeding with cats may be the reason they act more independently than dogs. The researchers found that “Genetically, cats have diverged much less from their wildcat ancestors than dogs have from wolves.” This means that cats have a better genetic connection to their big cat ancestors, making their hunting skills more intact, which is the primary reason they work so independently from humans.

According to the online magazine Slate, cats are so independent that it is nearly impossible to test them accurately. One known psychologist who has worked with cats is Christian Agrillo. Apparently the tests ran into some early complications when the cats often “didn’t participate in the experiment or they walked in the wrong direction.”

One such test done by Agrillo was between cats and dogs. In the tests, a bowl of food would be placed under a stool and the cats and dogs would have to pull the bowl out to reach the food. However, one test had the bowl attached to the stool, making it impossible for the animals. After easily getting the bowl the first time, the next time it was found that after failed attempts, dogs would stop and look to the closest human for help. Cats didn’t. Cats ignored human help completely and continued to try and best the impossible experiment on their own.

CNET reports that cats can’t distinguish us from other cats; rather, they see us as big, stupid, clumsy cats. Studies done by anthrozoologist John Bradshaw show that whenever cats are affectionate, it is often to reassure themselves that their owners are friendly cats. Whenever they rub themselves against our legs or leave a dead animal on our porches, it’s often just to keep their relationship with us on good terms.

All in all, our cat’s affection or lack thereof is the result of a lack of breeding and our short and unfamiliar relationship with felines. And while they may just see us as slightly idiotic and uncoordinated cats, they appear to love us all the same—or at least we like to think so.