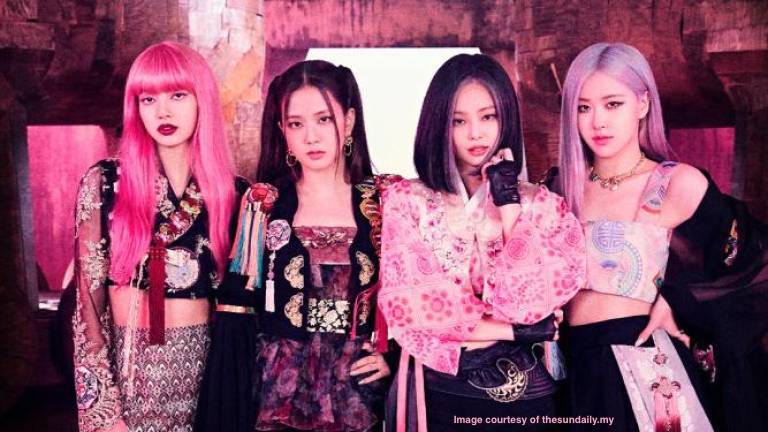 As the South Korean Pop (K-Pop) phenomena continues to take the world by storm, one of the world’s most infamous female group, BLACKPINK, released their first full album since their musical industry debut in 2016.

BLACKPINK dropped “THE ALBUM” on Friday, Oct. 2nd, which marked the first-ever muti-track album released by the group. Prior to the release of “THE ALBUM”, which contains eight high-energy songs, the four-member group thrived on singles and extended plays (EPs) that led them to global fandom. BLACKPINK made a slow, yet powerful impact on the K-Pop industry with the release of three singles throughout  2016 and 201. But it wasn’t until the release of their EPs, “SQUARE UP” in 2018 and “Kill This Love” in 2019, that the group garnered a world-wide stardom and international fanbase.

The album includes released single “How You Like That?” as well as the single “Ice Cream” with which the group collaborated with American pop artist Selena Gomez. Seven of the eight songs are in Korean, with the exception of “Ice Cream” and two of the songs feature a mainstream pop artist, with the infamous Cardi B appearing on “Bet You Wanna.” The title track of the album “Lovesick Girls” racked up 51 million views on YouTube within the first 24 hours of its release, which placed it firmly at the top of the Billboard charts. And while a full album of the group’s songs were recorded in Japanese, it wasn’t until this year that the K-Pop stars released a full, authentic album.

The group, formed by the South Korean label “YG Entertainment” has been one of the most successful groups in the K-Pop industry, arguably deeming them as popular as Big Hit Entertainment’s boy group “BTS.” Known for their empowering, anthem-style music, BLACKPINK has three music videos with over one billion views on YouTube, the most by any K-Pop artist. with “DDU-DU-DDU-DU” currently at 1.3 billion and “Kill This Love” with 1.05 billion. Their debut song “Boombayah” hit 1 billion views in early October.

While the groups music undoubtedly sends shockwaves of notoriety throughout the music industry, the limited output of singles, EPs, and albums has drawn lots of attention and controversy from fans. The lack of releases has sparked complaints that YG Entertainment is using BLACKPINK as a money-grabber – a source for label attention and internet clicks – instead of promoting the womens’ talents. Several lawsuits have also been filed against YG Entertainment, claiming mistreatment of the group in regards to everything from wasted potential, to poor management, to harsh treatment of the women – an issue that’s all too common within the K-Pop industry.

The new album has drawn some controversy too. In addition to containing a limited number of songs (eight tracks is barely enough to be considered a studio album), many criticize the collaborative tracks with American artists, claiming that K-Pop is slowly transitioning to more traditional pop music to appeal to larger international audience. Similarly, fans point out that “THE ALBUM” consists of more “bubblegum-pop” tracks, rather than the anthem-type songs BLACKPINK is known and loved for.

Criticism aside, the group continues to shatter streaming records with their catchy beats and high-energy lyrics.  Perhaps, under better management and with an increase in releases, BLACKPINK could go from being one of the most popular groups in K-Pop, to one of the most notorious names in global music industry. As K-Pop continues to seep into our society, BLACKPINK has sure made their presence felt in this new phenomena.