The Legendary US Battleship Iowa 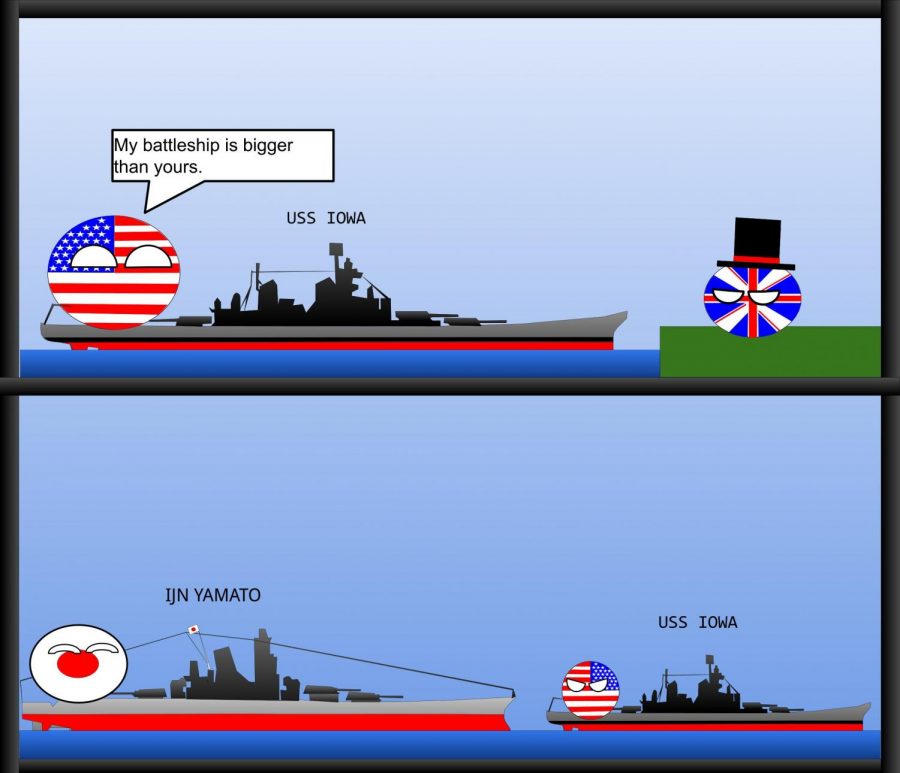 On Feb. 22, 1943, the biggest battleship in the American Navy was commissioned. Named after the state of Iowa and destined to become the leading ship in its class, it was one of four “Iowa-class Battleships.”

The Iowa-class battleships, which also included the USS Missouri, USS New Jersey, and the USS Wisconsin, were among the biggest in the US Navy. These ships were the most advanced ships in the US naval arsenal.

The Iowa is 887 feet long, 108 feet wide, and travels at max speeds of 35 knots (40 mph). The ship’s armor ranges from 11 to 17 inches on different parts of the ship. It has three main turrets with three 16-inch guns per turret, 20 five-inch guns as its secondary weaponry, and a 49 x 20mm anti-aircraft cannon system. Iowas need a crew of 1,921 personnel to be fully operational. While upgrades would be installed later, this is its original armament.

The USS Iowa was made purely to defend against the imperial Japanese Navy during World War ll, which  at that time was a threat to US dominance in the Pacific. The battleship packs more of a punch than most ships while keeping its relatively fast speeds. Building this battleship was indeed a violation of the Washington Treaty, also called the Five Powers Treaty. This treaty was signed by the major nations after WW1. The treaty was created to prevent an arms race between the United States, the United Kingdom, Italy, Japan, and France.

The USS Iowa for the beginning of its commission mainly escorted other ships or supported the capture of Japanese occupied islands, mainly by shelling the beaches. The first real naval battle that the Iowa was involved in was in the battle of the Philippines Sea, in June 1944, which was mainly aircraft carriers doing most of the fighting. The US was victorious, even sinking two Japanese carriers.

The Iowa also participated in what is considered the biggest naval battle in all of WWII, the battle of Leyte Gulf. This battle was also to retake the mainland of the Philippines, but the main battle happened at sea. Other allied ships were involved in the fight. The battle was an allied victory, though the Navy still lost a few ships, the biggest of these being the USS Princeton, a light cruiser. The rest were escort carriers and a handful of destroyers.

Later, the Iowa would be used as a relief force at Okinawa, the bloodiest battle in the Pacific.

In the 21st century, battleships became unnecessary, and since they took a large amount of resources and a huge number of men to operate, all battleships, including the Iowa, were decommissioned almost permanently. The Iowa exists now as a museum in Los Angeles, Calif.