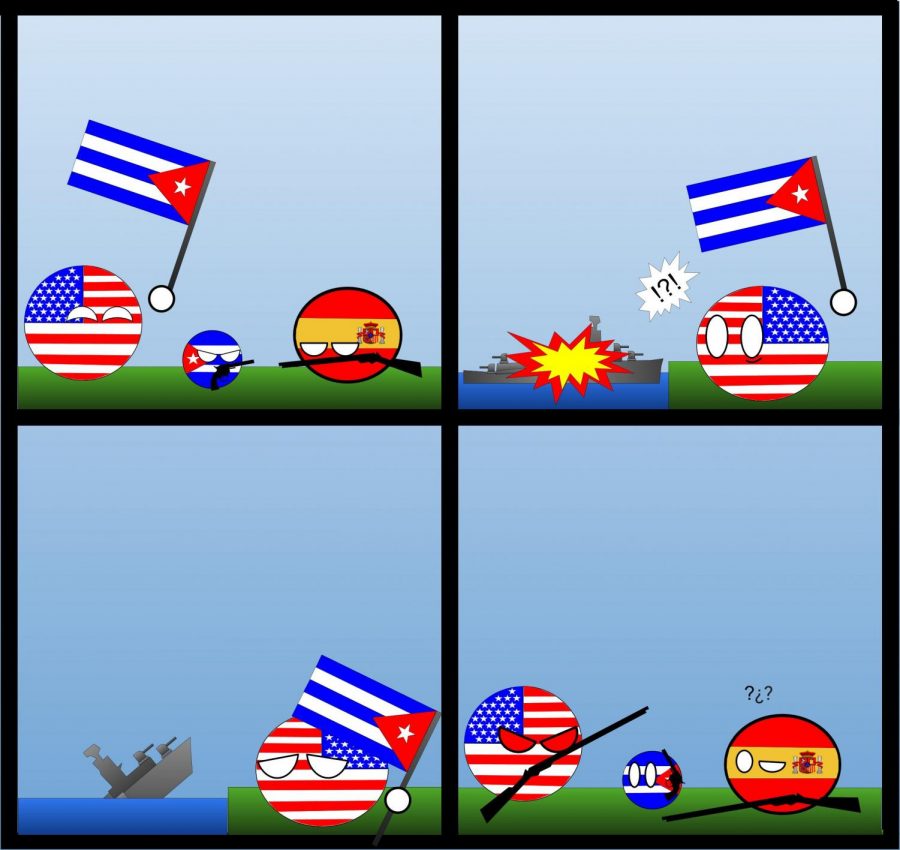 On Feb. 15, 1898, the USS Maine, an American battleship, sank off the coast in Havana, Cuba, sparking the Spanish-American War.

During this time, Cuba was undergoing its war of independence from Spain, which involved brutal fights. There were riots and guerrilla fighters running amok in most areas with Spanish activity.

During all of this chaos, the US was in support of Cuba’s independence and, although the reasons could’ve been for imperialistic purposes or for US protection, the US sent the USS Maine on Jan. 25. The ship was stationed there for a couple of weeks.

On the night of Feb. 15, two explosions shook the ship and its underside was dismantled, sinking it to the bottom of the harbor. The USS Maine went down. Of the 355 sailors on board, 250 died.

U.S. public opinion soured to the Spanish since it seemed plausible they were behind the explosion. Citizens began chanting the phrase “Remember the Maine” as a way of remembering the battleship and the men on board. This was inflamed by certain newspapers, often referred to as “yellow journalism,” and fake news became the heart of how to feel about the Spanish.

It was never proved that Spain was behind the attack, but due to all the reporting and exaggerated claims, it seemed possible that the Spanish were responsible.

Once war with Spain seemed likely, the Spanish declared an armistice with Cuba, giving them some freedom to self-rule. But the US decided it would be better for Cuba to gain its true independence, calling for all Spanish troops to withdraw from the island and allowing armed forces to kick the Spanish off the land.

The war was almost completely one-sided. With a strong navy and army, the US was a force to be reconnected with. Casualties for the US were far lower than for Spain, and the Spanish would lose Guam, the Philippines, Puerto Rico, and Cuba after signing the Treaty of Paris. (However, Spain did receive $20 million for its lost territory.)

Post-war, the Spanish lost all of its overseas territory and the United States emerged as a world power with overseas dominions.