Here’s How Much Plastic You Eat Every Week 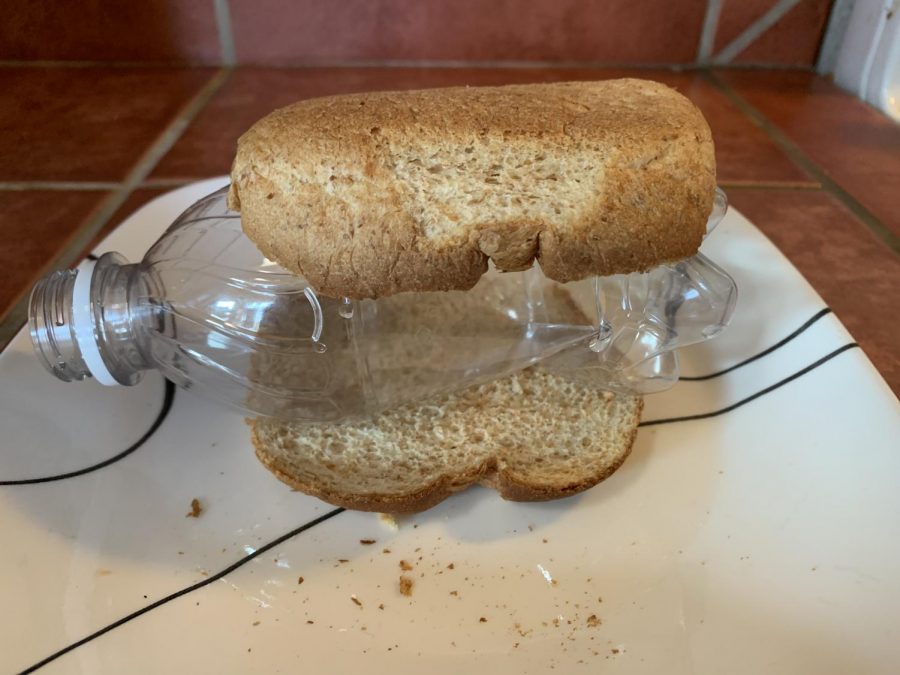 The average person eats a credit card’s worth of plastic every week, according to a report by the World Wide Fund for Nature. Within a year, the average American inhales and eats more than 70,000 plastic particles.

Many researchers believe that this number is actually an underestimate. Only a small amount of the food and drink we consume has been tested for plastic contamination. As of now, researchers have tested only about 15 percent of the human diet.

The origin of this consumption is plastic pollution. Large discarded pieces of plastic break down into smaller pieces over time. These “microplastics” range from smaller than five millimeters to microscopic.

No food is safe from microplastics. Anything that comes in plastic packages, such as bread and processed foods, receive their microplastics from their wrapping. The particles settle on food or are consumed by other animals and make their way up the food chain. “Air, bottled water, and seafood are the biggest sources of ingested microplastics,” writes Mandy Oaklander in Time Magazine.

The impact that microplastics have on human health is unknown because it is a relatively new development. What is known is that some microplastics are perfect breeding grounds for bacteria and parasites, states Sara Gibbens of National Geographic.

Others are made up of toxic chemicals or pick up these chemicals from traveling through the environment. These chemicals that come from plastic ingestion are considered the biggest threat to human health. These chemicals include mercury, lead, and calcium. Other toxins are “directly linked to cancers, birth defects, immune system problems, and childhood developmental issues,” writes Gianna Andrews in Teach the Earth.

As for the air, “Pieces of plastic small enough to sail the atmosphere [are] virtually impossible to clean up,” researchers say in an article from Science Magazine. They have found that plastic can float as far up as France’s Pyrenees Mountains. These plastics find their way back down to earth through precipitation and dust particles.

Many people are unaware of this phenomenon. Santa Fe High juniors Bella Root and Lauren Clinton were shocked to learn about microplastics in our bodies.

Bella describes the news as “freaky.” However, Lauren, when informed of how plastic is consumed, deadpans, “If I eat plastic, I eat plastic.”

Some students are aware that plastic is consumed, such as junior Sydney Lam, but not how much of it. “That’s disgusting,” states Sydney.

The best way to decrease plastic consumption is to avoid consuming anything that comes in plastic packaging, which also stops the cycle of plastic waste. An example of this is drinking water from reusable bottles instead of single-use plastic bottles. Damian Carrington of The Guardian reports that water from plastic bottles has about 22 times more microplastics than tap water.

Reusable plastic bottles aren’t the best alternative. Plastic is susceptible to leaching chemicals into the beverage due to the liquid’s temperature and abrasiveness. Using glass or metal water bottles is better. Moreover, microwaving foods in plastic containers increases the risk of chemical leaching as well.

Legislative measures are being taken to remedy this issue. New Mexico Senator Tom Udall has recently spoken about this issue. In a recent NPR podcast, he discusses a bill that aims to prevent plastic pollution from consumer products that impact human food-chains, landscapes, and waters.

A summary of the bill describes that this would be accomplished by assigning the enormous task of cleaning up plastic waste to the companies that sell these products, rather than leaving it to state and local governments. The added tax on the retail price of these products will cause a disincentive for more people to look at sustainable options, while the actual charge of single-use plastics would go to investments in waste minimization and recycling. Lastly, the bill would protect local governments that have acted to prevent plastic pollution.

As single-use items continue to be made and consumed, the health of everyone is at risk. Expert Kieran Cox states, “As we put too much plastic in different environments it’s not surprising that it makes its way back to us.”